Audio Networking/ AoIP has marked a fundamental shift in the way we transport audio in studios and in live event production.
From Recording Studios, Broadcast Studios, Post-Production, churches, both small and large scale venues and for remote broadcasts - all now have moved or are moving to AoIP.
There are many solutions out there, including DANTE, AVB/MILAN, RAVENNA and various proprietary networks, with AES67 as a unifying Rosetta Stone.

The AoIP Summit, delves into the application and solutions aspects of widely adopted solutions, including the latest information on tools and technology.

Join us on Tuesday October 13, 2020, for this first in a series of Audio Networking Summits, to learn from the experts and ask those vital questions.
The AES AoIP Summit will be hosted on a secure Zoom site. An add-on registration to the AES Show Fall 2020 is required, together with acknowledgement of your email to be shared with the AoIP Partners only. A link and passcode will be sent to all Summit registrants late on Monday, October 12 (Eastern Time). 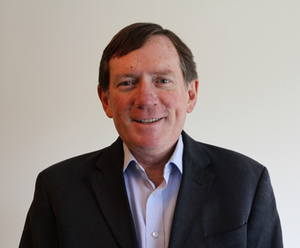 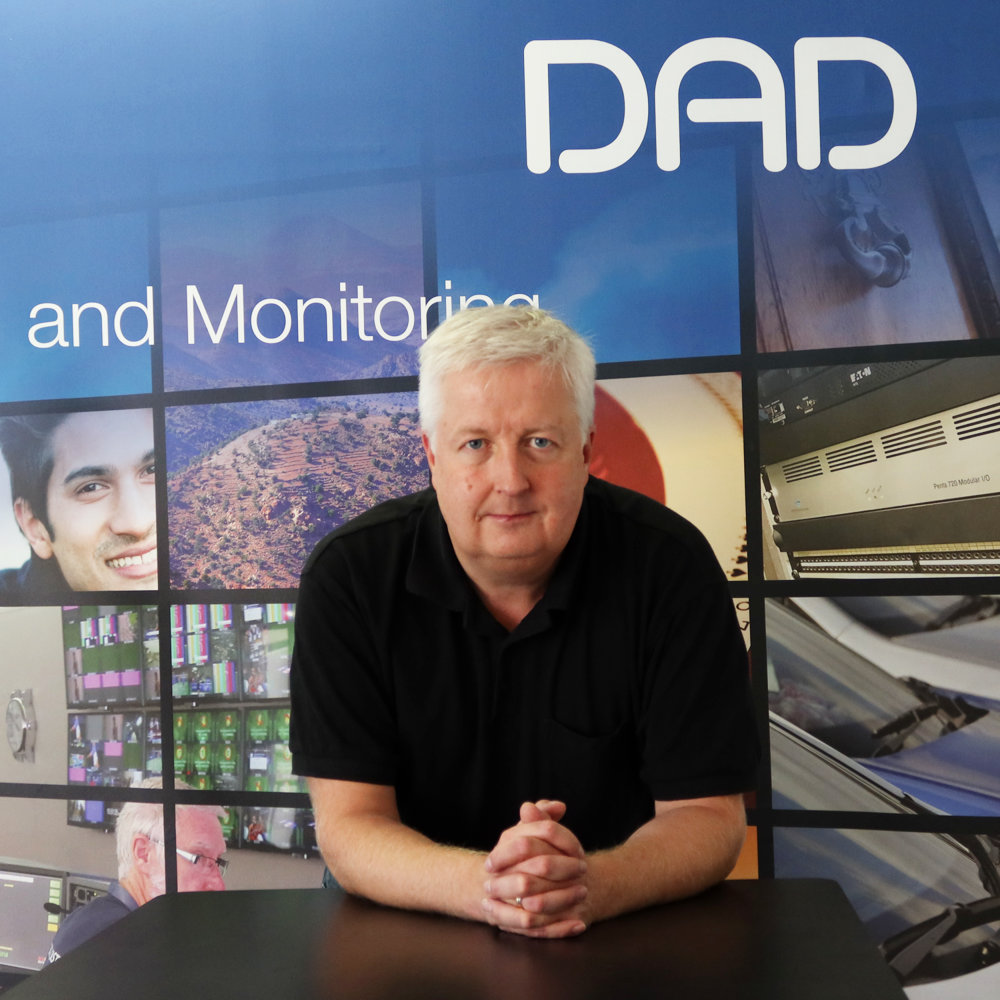 In this presentation Jan Lykke will look at the pros and cons and challenges of transitioning to an AoIP solution. The term “pro audio industry” covers a wide range of users, from small music studios to large-scale post-production facilities. Jan will cover the benefits and challenges for these different types of users, backed up by real case stories.

The Alliance for IP Media Solutions (AIMS) is a non-profit trade alliance that fosters the adoption of one set of common, ubiquitous, standards-based protocols for interoperability over IP in the media and entertainment, and professional audio/video industries. Andreas will provide an overview on the ``AIMS Roadmap for Professional Media Networking Interoperability`` and its relationship to current standards. He will also introduce ``IPMX``, a set of proposed extensions to the AIMS Roadmap to address the requirements of the ProAV industry

How to use Audio-over-IP for educational Facilities, with Focusrite Pro 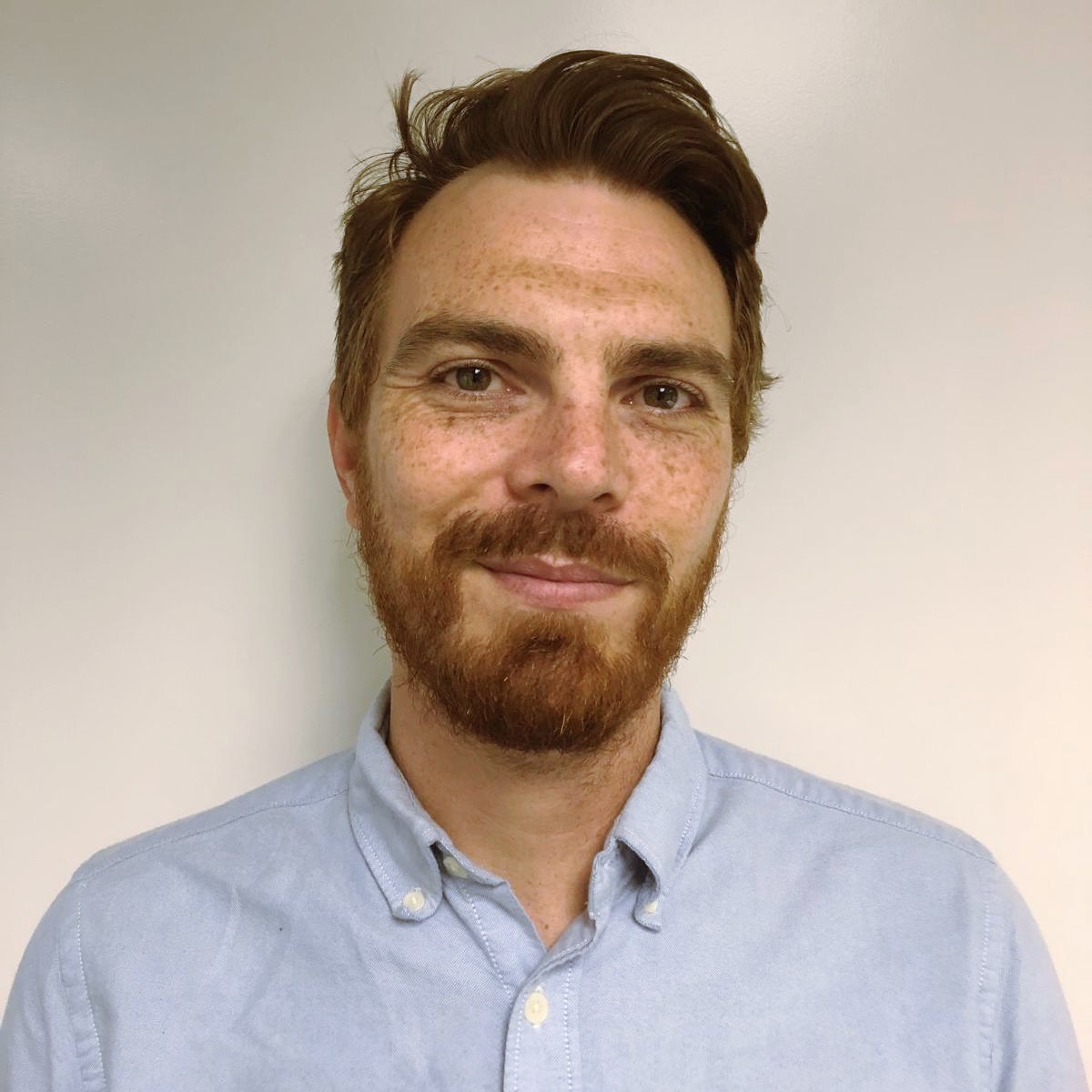 Join Focusrite Pro on October 13th for the AES Show AoIP Online Summit to watch a roundtable discussion with professionals from cutting-edge educational facilities on how to use Audio-over-IP technology to best to keep everyone safe during the upcoming school year.
Focusrite Pro’s Pete Tilley will have an open discussion with Mark Beckett of Essex County School of Technology, Blair Liikala of North Texas State University, Scott Wynne of Appalachian State University, and Scott Burgess of University of Colorado, Denver, to discuss some ideas they’ve had regarding the upcoming school year including potential ways to move forward in a post-COVID-19 semester

In this presentation, Andreas Hildebrand, RAVENNA Evangelist at ALC NetworX, will provide an overview on the current AoIP landscape and explain what RAVENNA's role is among the fish in the pond. A brief history on audio networking will answer the question, why RAVENNA was developed in the first place (``yet another fish in the pond?``), leading onto the more recent developments of AES67 and SMPTE ST2110 and how they relate to RAVENNA. If you are already involved in the RAVENNA and/or AES67 & ST2110 world on a day-to-day basis, this presentation may simply offer some useful revision. For those who are not so familiar with the topic, it provides an excellent starting point for getting acquainted with RAVENNA and the wider landscape of Audio-over-IP standards and technologies

In today’s audio world, digital audio systems have surpassed people’s expectations and dare we say, becoming the go-to systems over the more traditional counterparts. From their flexibility and ability to adapt according to the user’s needs, i.e. ranging from a personal home studio to major concert productions, these systems have proven to be reliable, functional and most importantly non-complicated to use. From minimizing set-up time to working with fewer cables, the biggest plus is you do not have to be an IT expert to use these systems. These technologies are so streamlined and ergonomic, no specialized knowledge is needed to work with them. On the contrary, as complex as these systems are, for the user they offer a high level of familiarity.
This presentation will look into the advantages each system has to offer, what they are, where and how they are used, and answer any questions the participants have.

Partner Presentation by DANTE with Q&A

To be announced shortly

As media networks are connecting more devices than ever, the subject of standardized control is an important topic to consider, and the AES70 standard can provide a solution. In this presentation, the topic of control in a media network will be explored- including general concepts, use cases, challenges, and how AES70 is uniquely positioned to provide a standardized solution to device control over a media network. 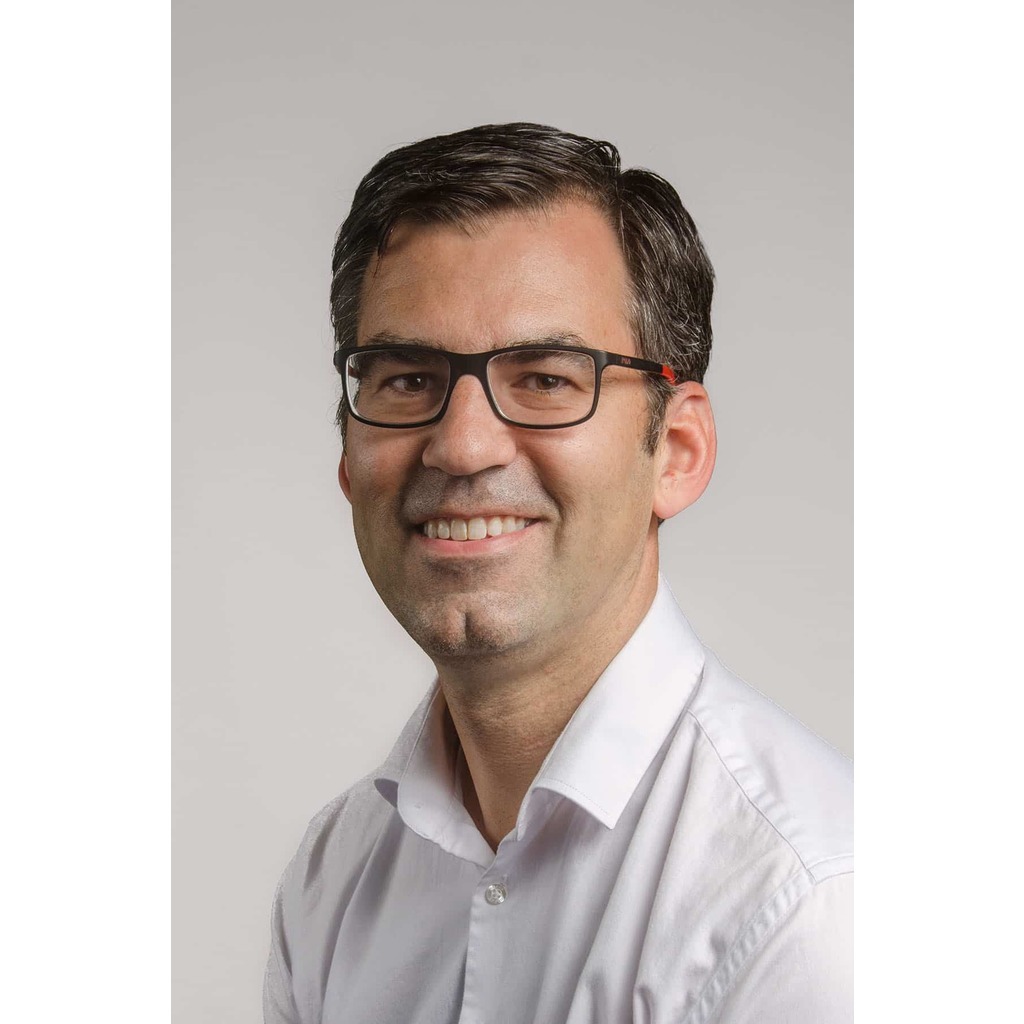 Created by pro AV market leaders within Avnu Alliance, Milan is a standards-based, user-driven deterministic network protocol for professional media. Milan combines the technical benefits of the AVB standard with Pro AV market-defined device requirements at both the network and the application layer for media streams, formats, clocking, and redundancy.
This presentation introduces the AVB/Milan eco-system within the L-Acoustics product portfolio. From front-end (P1 processor) to distribution (LS10 switch) and amplification (LA2Xi-LA4X-LA12X Amplified Controllers), AVB/Milan is now the L-Acoustics reference format for distribution of audio and control data over a single, possibly redundant, network.

How to Record Using Dante by Sweetwater Sound

In this session, you'll see a live recording session with Nick D’Virgillio at Sweetwater Studios on Sweetwater's retail campus in Fort Wayne. This session will exclusively utilize Dante technology to show how to successfully implement AoIP into real studio sessions. Learn directly from Sweetwater Senior Sales Engineer, Mike Picotte and Sweetwater Studios Producer/Engineer, Shawn Dealey, on what things you need to know in order to make Dante work inside your studio. This will be a live session with tips and tricks from industry experts. You won't want to miss this one! Bring your questions as we'll leave time in for a Q&A at the end.

``Terry is Chairman of the Audio Working Group in AIMS (the Alliance for IP Media Solutions). He was previously a Board member in the Media Networking Alliance before it was merged into AIMS in 2017.
Terry spent 25 years working for the Yamaha R&D Centre in London where he was General Manager and also headed up the Pro Audio Product Planning group working on a range of digital audio products. He is now a consultant focusing on media networking and represents Yamaha is various alliances and standards groups.``

Jan Lykke joined NTP Technology 7 years ago where he has had a focus on the transition to AoIP in both the pro audio and broadcast industries. This includes designing AoIP solutions ranging from small music studios to large-scale post-production and broadcast facilities. NTP Technology provides audio conversion, routing and processing solutions for both music production and post-production under the DAD – Digital Audio Denmark brand and to the broadcast industry under the Penta brand. NTP also provide the industry-standard MTRX and MTRX Studio Pro Tools interfaces to Avid.

Andreas Hildebrand is acting as Senior Product Manager and Evangelist for the RAVENNA technology developed by ALC NetworX, Germany. His experience is based on more than 25 years of occupation within the Professional Audio / Broadcasting industry.
He is a member of the AES Task Group defining and maintaining the AES67 AoIP standard and regularly contributes to the SMPTE ST2110 SVIP standardization. He is also engaged in the AIMS Technical and Marketing work groups and is acting as co-chair of the AIMS Audio subgroup.
In 2018, RAVENNA has been awarded with the 20th Anniversary AV Award on “Top Innovation of the last 20 Years”. In 2020, Andreas received the prestigious Technical Emmy Award for his work on RAVENNA and AoIP in general.

Peter Tilley is the Western Regional Sales Manager for Focusrite Pro, acting as the
primary liaison for both the Education and Post-Production markets. His history of
Live Sound Engineering supplemented by Pro Audio Sales play a key part in combining his technological understanding of Pro Industry equipment with his ability to simplify it for the average user.
In this presentation, Peter will be interviewing Blair Liikala (University of North
Texas), Mark Beckett (Essex County School of Technology), Scott Burgess
(University of Colorado, Denver), and Scott Wynne (Appalachian State University).

Derek Badala is an industry veteran with 26 years of Pro Audio and MI experience. His past employment as chief audio engineer, business owner, product manager, sales manager, and sales director have given him insights to the Pro Audio Industry few have experienced. From Military and Broadcast sectors as well as equipment manufacturing, marketing, and sales, Derek has made notable contributions to our industry. Currently he is the Director of Sales of Synthax Inc whose brands include RME, Ferrofish, Alva, and myMix. He is a detailed energetic presenter who loves quality audio and educating professionals on audio solutions.

Ethan Wetzell has worked in professional audio for over 25 years, in positions ranging from front of house and studio engineer to global product manager for Electro-Voice DSP. Ethan is an active participant in standards activities such as AES-67 and X-210 and works extensively with trade associations such as the AVnu Alliance and OCA Alliance.

Scott Sugden contributes to the success and growth of L-Acoustics by liaising with key stakeholders across geographies and company functions to help L-Acoustics identify and capitalize upon new product opportunities. He is responsible for accompanying L-Acoustics products from launch through life cycle. Scott has worked closely with L-Acoustics certified engineers and the L-Acoustics partner network in his 10 years at L-Acoustics,offering his industry-recognized systems engineering skills to ensure that wherever L-Acoustics sound systems are used, the teams that deploy them are achieving the best possible results and contributing to a successful event. 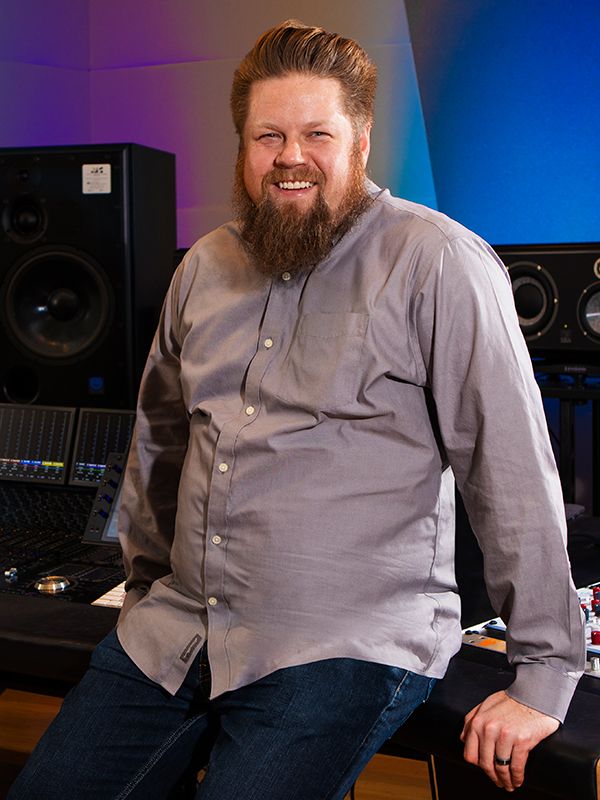 After taking a music production class in high school, Shawn began engineering for local bands and opened his first studio in Winnipeg, Manitoba, Canada, when he was 20 years old. He played drums, produced, and engineered his way to a string of professional touring tech jobs with a host of big-name artists such as Counting Crows, Goo Goo Dolls, Avril Lavigne, Santana, All American Rejects, and Billy Talent. Now he works at Sweetwater Studios as a producer, engineer, and front of house mixer for several of Sweetwater’s venues, including the new Clyde Theatre.

Producer and Engineer Mike Picotte has recently recorded and mixed tracks for Mario Batista, Otherwise, Mayaeni, Phantogram, Ray Fuller, and countless others. Mike designs, builds, tunes, and installs studios and complex touring arena systems, as a Senior Sales Engineer at Sweetwater. He is a Dante, SSL, RND, Avid, Yamaha Rivage and Sound Grid specialist, along with most popular brands.