Bill Crabtree – Conference Co-Chair, is a Professor of Recording Industry and the Director of the Masters of Fine Arts program in Recording Arts and Technologies at Middle Tennessee State University. Bill works as freelance musician, producer, recording engineer, and technical writer. He has engineered a wide scope of studio productions in audio production, sound design, and music composition for many artists and corporate clients.

Prior to joining MTSU’s Recording Industry faculty, Bill served as an Assistant Professor at Berklee College of Music, Artist in Residence at Emerson College, Assistant Chairman of Audio & Media Technology at New England Institute of Art, and Chairman of Recording Arts at Massachusetts Communications College. Bill teaches courses in multi-track recording and studio production in MTSU’s B.S. in Recording Industry and M.F.A in Recording Arts and Technologies.

Conference co-chair Michael Fleming is a professor of audio production at Middle Tennessee State University, where he teaches graduate and undergraduate courses in audio technology, production techniques and critical listening. His professional activities include music production and engineering, broadcast supervision, post-production and technical consulting. Michael earned degrees from McGill University (Masters of Music in Sound Recording) and Carleton College (physics). He is a former Thomas J. Watson Fellow and has previously served the AES as a Governor, Central Region Vice-President and co-chair of the 2013 AES Conference on Audio Education.

Jason Corey – Papers Chair, Ph.D. is Associate Dean for Graduate Studies and Associate Professor in the Department of Performing Arts Technology at the University of Michigan School of Music, Theatre & Dance. He teaches courses in technical ear training and critical listening, and sound recording, and is active as a recording engineer focusing primarily on symphonic band, jazz, orchestral, chamber, and experimental electronic music. His research is concerned with technical ear training and critical listening, audio for virtual reality, and music perception and cognition. In 2017, he published the second edition of his book Audio Production and Critical Listening: Technical Ear Training (Routledge) and accompanying technical ear trainer software. He has presented his research at conferences in Europe, Canada, and the United States. He has served as a Governor of the AES, Vice President of the AES (Central Region, USA/Canada), chair of the AES Education Committee, and he is the founder of the University of Michigan AES Student Section, serving as its faculty advisor since 2003. He has been a member of the Audio Engineering Society since 1995 and is also a member of the Acoustical Society of America, the International Computer Music Association, the Society for Music Perception and Cognition, and is a voting member of the Recording Academy.

Jan Berg, Papers Co-Chair is Associate Professor of Audio Engineering at Luleå University of Technology, Sweden, where he is active in research and education in sound production, with a special emphasis on sound quality assessment. Much of his research is conducted in collaboration with other disciplines and enterprises, involving tests of sound coding systems, loudness measurements, the development of listening tests and methods for the assessment of sound quality, as well as studies on the influence of acoustics and audio systems on musical quality. He is active in the Audio Engineering Society (AES), in technical committees, as a lecturer and reviewer, and as chair of scientific conferences.

Mark Rubel has taught audio, music technology, music business, and The History of Rock to thousands of students at various colleges and universities since 1985. Prior to becoming the Director of Education for The Blackbird Academy in 2013, he served as Audio and Recording Director and Instructor at Eastern Illinois University’s $70 million Doudna Arts Center.

Mark has been in the same silly rock band since 1980. He serves as panelist and moderator at national and regional Audio Engineering Society Conferences, Tape Op, Potluck and Welcome to 1979 Conferences, SXSW, and many more. Rubel also works as a consultant and legal expert witness in the fields of audio and copyright. He writes occasionally for Tape Op and Mix Magazine, including interviews with Dave Cobb, Terry Manning, Bill Schnee and Les Paul. Mark is currently writing a history of recording studios of the 1960s and ‘70s for Rowman and Littlefield: “The Great American Recording Studios”.

Dr. Doyuen Ko is an Associate Professor of Audio Engineering Technology at Belmont University in Nashville, Tennessee. He received his Ph.D. and Master of Music from the Sound Recording Department at McGill University, Canada. Before studying at McGill, he has worked as a sound designer at the National Korean Broadcasting System (KBS) in South Korea. Doyuen has been teaching various courses in audio engineering at both undergraduate and graduate levels, particularly technical ear training for sound engineers. Due to the effective curriculum and innovative ear training management system he co-developed, this course has greatly enriched students’ performance in audio engineering. He is also an accomplished sound engineer in classical music. He won and was nominated for five Juno Awards from the Canadian Academy of Recording Arts and Sciences.
Doyuen is actively involved in research projects, focusing specifically on aural heritage preservation, virtual acoustics, spatial sound design, music perception, and interactive networked performance. He has published and presented his research at various places, including international scientific conferences and journals, including the Institute of Electrical and Electronics Engineers (IEEE), Acoustic Society of America (ASA), and Audio Engineering Society (AES). Several collaborating projects have been undertaken by leading audio research groups and companies, such as the Center for Computer Research in Music and Acoustics (CCRMA) at Stanford University, Japan Broadcasting Corporation (NHK), and Skywalker Sound. In 2019, he was awarded the second-largest research grant from the National Endowment for the Humanities (NEH) to study the digital preservation of aural heritage sites worldwide.

Jim Kaiser is an Instructor of Audio Engineering Technology at Belmont University. He serves on the AES Technical Council, the Recording Academy Producers & Engineers Wing, and the Nashville Engineer Relief Fund Board. Jim is a Past President of the International Audio Engineering Society, served on the Board of Governors, and has been an organizer and presenter for AES conventions and conferences for over two decades.

John Krivit is a Past President of the Audio Engineering Society. He was the Chair of the AES Education Committee from 2010 to 2015 and again starting in 2020 where he has built a vibrant global community of educators, students and institutions. John is a senior affiliated faculty at Emerson College. His work as an educator has been defined by an unrelenting passion for connecting his students to gainful and rewarding careers in all facets of the audio industry. He is the recipient of the Inabeth Miller Award for excellence in teaching and the Norm Prescott Award for outstanding faculty member. John led the 2018 AES Conference on Audio Archiving, Preservation & Restoration at the US Library of Congress as its chair and also chaired the 2018 and 2019 AES High School Audio Educators Conferences. Currently, he is a consultant for several manufacturers of audio technology. John chronicles the events and opportunities available to audio students of all ages through his popular Hey Audio Student Facebook group. He continues to speak at audio events around the world.

To assist with Registration and Membership

To assist with Registration and Membership 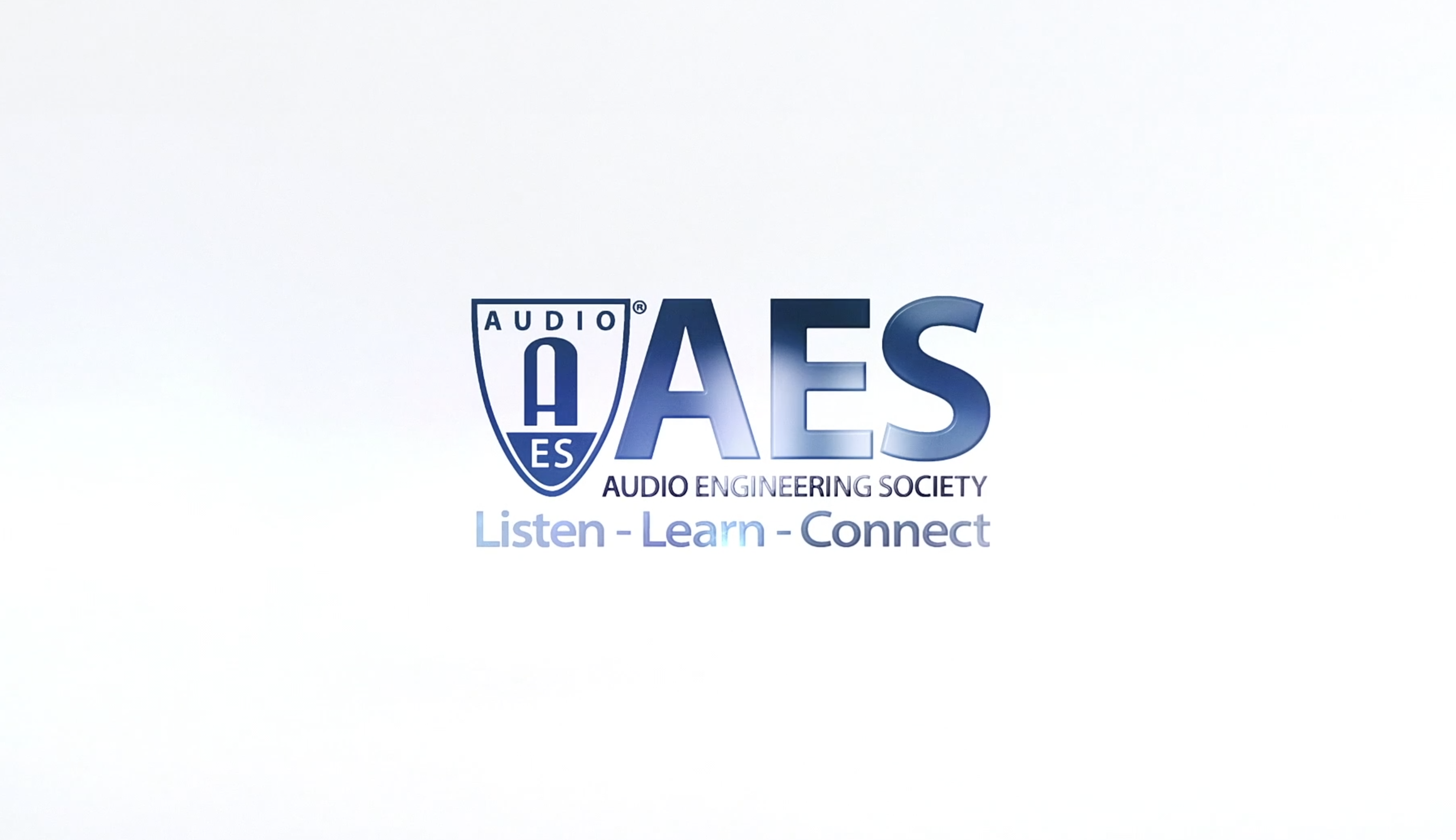